John 11 tells us the story of a family in Bethany whom Jesus loved dearly. We can easily picture a house mourning the death of a loved one, that was the case of Mary and Martha .Their only brother had just passed away .The sisters had sent word to Jesus that their brother Lazarus was sick, but Jesus decided to stay back for 2 more days by then Lazarus had died .After 2 days Jesus arrives to Bethany and we read in

John 11:21” Then said Martha unto Jesus, Lord, if you had been here, my brother would not have died.” 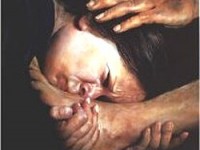 It’s true if JESUS had been there he wouldn’t have died. This statement is quite true in our lives too .Many of our problems could have been avoided if Jesus was there .The words we spoke or the way we reacted which aggravated our issues could have been avoided if we had Jesus with us. Most times when storms come by ,we tell Jesus “please stand aside I need some space, or let me handle this on my own “.I’m sure our issues dint get any better it just got worse.

Mary comes to Jesus and says the same thing again-“If you had been here ,he wouldn’t have died.”

John 11: 33 ”When Jesus saw her weeping, and the Jews who had come along with her also weeping, he was deeply moved in spirit and troubled.”

When we have issues we often think God allowed it- so be it. We picture God silently watching our misery but the scripture says Jesus was “deeply moved” and “troubled” .Yes -he is troubled at our misery, but sometimes he just waits and watches so that he can do a miracle in our life just as he did in this family

John 11:39” Jesus said, Take away the stone. Martha, the sister of him that was dead, said unto him, Lord, by this time he stinks: for he has been dead four days.”

It’s obvious that a dead body 4 days old will stink because its rotting, but Jesus still decided to walk into that tomb. It’s exactly the same in our case! HE’S ready to walk into our rotting issues-situations which we say “it stinks”,” there’s absolutely no way this is going to change !”,”no one is going to be able to help” but the scripture says differently-He walked into that tomb which was stinking. Is it you family life or your work or your career or your relationship with someone which is rotting?

We read in verse 32” When Mary reached the place where Jesus was and saw him, she fell at his feet and said, “Lord, if you had been here, my brother would not have died.”

Fall at HIS feet-He doesn’t enjoy our misery, HE gets troubled,he is moved when we cry for help and He will do a miracle! HE rose Lazarus who had died, we read the dead man came out wrapped in strips of linen and Jesus said “take off the grave clothes and let him go”!! 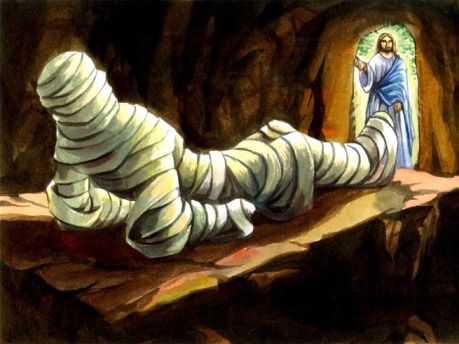 I picture  issues like webs tied so tightly around us like the grave clothes on Lazarus-but when Jesus said LET HIM GO,he was set free and so are we!

“Lord Jesus I commit my issues which are too complicated into your hands ,I don’t see a way out ,I don’t know how this is going to be solved but if you could wake up Lazarus from his rotting body I know you can help me too .I pray for deliverance in JESUS name. AMEN!!!”

Vision-an experience in which a personage, thing, or event appears vividly or credibly to the mind, although not actually present, often under the influence of a divine or other agency:, a vivid, imaginative conception or anticipation. This is how the dictionary describes vision. 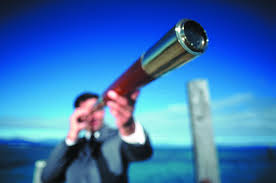 Do you have a vision? or.. Have you lost it? or.. yet to figure it out? I’m sure we all belong to atleast one of these categories. This message would make more sense to a person who has either lost their vision or don’t have one yet. The set of people who have lost their vision may justify saying- it was our situation, He or she din’t encourage me enough, my job ,my friends ,family failed me. We all have a 100 reasons to justify ourselves for losing our focus or vision.

Coming to the story of JONAH..a Prophet(GOD called him so, So he’s definitely one!).GOD gave him a vision to minister and he was pretty good at it.But things changed one day when he was assigned an important task to preach at Nineveh. The panic stricken guy set out for it..but half way through he analyzed his situation, Thought of all the pros and cons and he made up his mind to go to Tarshish.This was where things messed up. He lost his vision b’coz he looked at it with his worldly eyes .He  willingly chose to forget how God had led him in the past -to trust GOD blindly. He took matters into his own hands. We all know the rest of the story.

Have you lost your vision? Ask God to give you one!- A reason to press forward, a reason to overlook what’s around you, a reason to pick up the talents you left behind.Were you gifted to pray for others or was meditating the word of God your strength? What ever it maybe dust it all up,the time is now, leave the regrets behind-your still alive and well! 🙂 Let’s re-examine our lives. Pray for a Godly vision. If HE could do a miracle with the fish and loaves the little boy gave him, He’s able to do greater things with the little we have to offer.

Proverbs 29:18 “Where there is no vision, the people perish: but he that keepeth the law, happy is he.”

Isaiah 40:29-31 “He gives power to the weak, and to those who have no might He increases strength.Those who wait on the LORD shall renew their strength; they shall mount up with wings like eagles, they shall run and not be weary, they shall walk and not faint.”

The media is filled with posts and videos of the recent Christian massacre. I personally haven’t got the courage to watch those videos but I’m equally petrified reading about it .We are left with so many questions in our mind, when is it all gona come to an end? How much more we are gona see and hear?

Many of us are safe with our materialistic blessings, but we see the number of martyrs out there increasing’ .What can we do about it? We tend to be comfortable attending church or feel safe with a heritage of praying people.How long can we be mediocre Christians? The least we could do is pray for them.Ephesians 6:18 With all prayer and petition pray at all times in the Spirit, and with this in view, be on the alert with all perseverance and petition for all the saints,.
The bible says the LORD hears the cries of his people. The whole episode of exodus started with a loud cry.
Exodus 2:23-25 And it came to pass in process of time, that the king of Egypt died: and the children of Israel sighed by reason of the bondage, and they cried, and their cry came up unto God by reason of the bondage. And God heard their groaning, and God remembered his covenant with Abraham, with Isaac, and with Jacob. And God looked upon the children of Israel, and God had respect unto them.
Our GOD is a GOD who hears our cry and He hears the cries of these persecutions, He hears your hearts cry. Simple –because the bible says so
Psalm 56:8 “You keep track of all my sorrows. You have collected all my tears in your bottle. You have recorded each one in your book.”

Genesis talks about the outcry of Sodom and Gomorrah and we all know what happened thereafter
Genesis 18:20 So the LORD told Abraham, “I have heard a great outcry from Sodom and Gomorrah, because their sin is so flagrant.
The book of revelation talks about the last days and how persecution against the church will increase.
Revelation 2:10 Fear none of those things which thou shalt suffer: behold, the devil shall cast some of you into prison, that ye may be tried; and ye shall have tribulation ten days: be thou faithful unto death, and I will give thee a crown of life. Whoever has ears, let them hear what the Spirit says to the churches. The one who is victorious will not be hurt at all by the second death.

There will come a time when GOD will break the silence and remember the cry of his people. Isaiah 54:7 “For a brief moment I abandoned you, but with deep compassion I will bring you back.

Two days of zealous prayer,  two days a struggle to pray and 3 days trying to pray again. I’m quite sure we all have experienced this at some point of time or.. experience it quite often :).Why is it so hard to keep ourselves tuned in prayer at all times. Did characters in the bible experience this struggle as well? I suppose the bible mentions these heroes’ because they became overcomer’s at some point of time.

One such character I’m reminded of is Moses. Though he had his rough edges, God chose him to be a powerful intercessor and he did play a big role in crying and pleading for the Israelite’s even at the cost of his own life. We read in Exodus 17:11 “As long as Moses held up his hands, the Israelites were winning, but whenever he lowered his hands, the Amalekites were winning”. Here we see Moses had a physical struggle to keep his hands up in prayer which isn’t easy practically. But in reality this is what happens in our prayer life. We start of in high spirits determined to conquer, but as the pressure around us increases and we see delays and repetitive failures.. our hand weighs down. We tend to slow down, we forget what we started fighting for. But as believers in Christ we know if we have to overcome the Amalekites we have to keep our hands up. It might be sweaty and painful but we have to focus on the end result and press forward. The victory belongs to the Lord.
1 Thessalonians 5:16-18″Rejoice always, pray without ceasing, give thanks in all circumstances; for this is the will of God in Christ Jesus for you.”